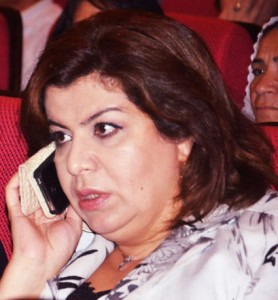 Former member of Azerbaijani parliament Gular Ahmadova, whose lawsuit played a defining role in the arrest of Khural newspaper chief editor AvazZeynalli, was taken into custody late on February 13. The General Prosecutor’s Office reports that the criminal case on charges of embezzlementhas been opened against former MP.The case is based on the materials and information obtained from the scandalous video of Gular Ahmadova bargaining over parliamentary seat.

According to the a/m report by the Baku City Prosecutor’s Office, Ahmadova is also accused of concealing a grave crime, by trying to hinder arrest of Sevinj Babayeva, another person involved in her embezzlement case.

Yesterday the court sentenced Ahmadova to three months of pretrial detention, under articles 178.3.2 (embezzlement by abuse of trust or fraud) and 307.2 (concealment of a grave crime) of the Criminal Code.

Background: Avaz Zeynalli, was arrested on October 28, 2011 following a lawsuit brought by MP Gular Ahmadova on October 19, 2011. The Anti-Corruption Office launched a criminal case against Zeynalli under article 311.3.3 (taking a large bribe) and article 311.3.4 (extortion) of the Criminal Code. He was later charged under article 306 (contempt of court) and article 213.1 (tax evasion).  A large number of local and international human rights organizations strongly believe that the charges against Avaz Zeynalli are trumped-up and that he was arrested for his articles criticizing high-ranking state officials.