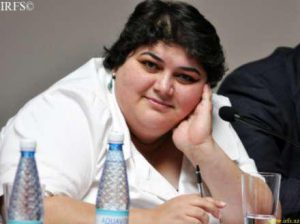 “The case has been examined by experts. According to experts’ opinion, the expressions used in the article can only be considered libel if they are false. However the court did not consider this article to be libelous, and denied the lawsuit” said Namazli.

Namazli said they intend to appeal against this decision.

Background: journalist Khadija Ismayilova sued the Iki Sahil newspaper over the article ‘What is Khadija’s fault’ published on 15 March 2013, considering this article to be libelous and damaging to her good name and business reputation. The journalist demanded that the newspaper publish an apology and refutation, and pay her 2,000 AZN in compensation for psychological damage.