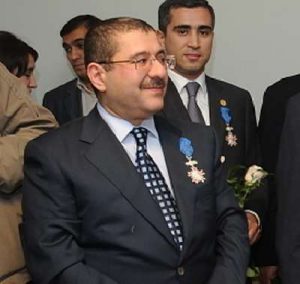 On 11 June journalists were subjected to pressure while covering the donor conference of foreign ministers of member states of the Organisation of Islamic Cooperation (OIC) held in Baku for supporting Palestine. According to the reporter of avropa.info website Murteza Bunyadov, during the break when the journalists wanted to get comments from officials, Pervin Mirzezadeh, head of Protocol Department of the Ministry of Foreign Affairs, insulted media representatives.

“Pervin Mirzezadeh required security employees to take media workers out of the conference room and expressed it in a very rude form saying ‘kick them out’, after which security officers made the media representatives leave the hall and go to the first floor. We sent a complaint to foreign minister Elmar Mammadyarov demanding that Mirzezadeh should apologize. Journalists managed to have brief interviews with officials only after they left the conference venue” Bunyadov noted.

Elman Abdullayev, head of the press service of Foreign Ministry, expressed his regret over what had happened and told IRFS that such a misunderstanding can be the result of a tight schedule under which the Protocol Department head is working.

Note that prior to this case, Baku Metro head Tagi Ahmadov and Baku Mayor Hajibala Abutalibov had also offended journalists.