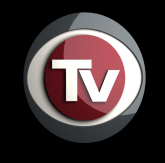 Objective TV was founded in May 2010 by IRFS as a non-profit independent online news source dedicated to providing alternative human rights news from Azerbaijan to counter the increasing government control of traditional news sources. Objective TV focuses on issues generally ignored, underreported, or reported with bias by the mainstream media, such as freedom of expression, rule of law, transparency, and civil rights, Objective TV is not affiliated with any political party in Azerbaijan. It is an independent media watchdog which promotes the freedoms, transparency, and political pluralism necessary for a democratic society.

The main objective of Objective TV is to increase access to human rights news on the part of Azerbaijanis and international stakeholders and raise awareness among the local audience of their rights as citizens of Azerbaijan. By reporting on violations of or threats to those rights, Objective TV supports a culture of transparency and pluralism. It provides a professional platform for opposition politicians, civil society leaders, journalists, and ordinary citizens, groups who are otherwise sidelined by Azerbaijan’s state-controlled mainstream media, in order increase awareness of the gap between what the population needs and what the state is providing, as part of a drive for greater accountability.

Objective TV also targets the international community, particularly the diplomatic corps in Baku and political representatives of foreign states. Its team of English language translators and editors produce English language versions of each news bulletin in order to make available problems and issues in Azerbaijan that would otherwise go unreported.