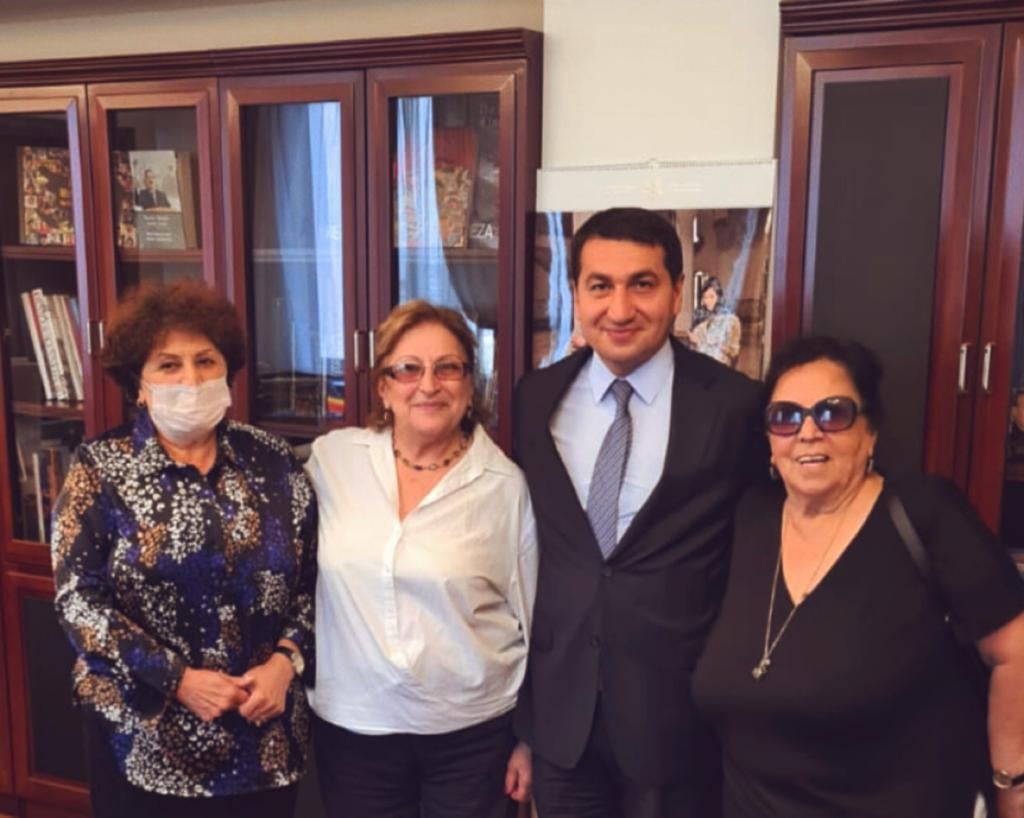 Members of the Monitoring group of human rights organizations, Novella Jafaroglu, Saida Gojamanly and Saadat Bananyarly held a meeting with the aide to Prtesident, Hikmet Hajiyev at the end of the last week.

The parties discussed the situation around human rights protection in the country, non-governmental organizations and persons recognized as political prisoners by human rights defenders. This was reported to the Turan agency by Novella Jafaroglu.

According to her, first of all, the NGO issues were raised.

It should be noted that human rights activists stressed the necessity of conducting joint monitoring with law enforcement bodies, increasing the role of the population in education, including the struggle against facts of women’s violence and drugs.

Also, the activists submitted the aide a list of political prisoners that included names of 38 people.

“He stated that measures will be taken in this direction as well,” Jafaroglu said.

It should be added that the meeting was attended by deputy chairman of the supervisory board of the State Agency for NGO Assistance, Vusal Guliyev.

No reports on the meeting have so far been made by the official structures.