Ali Hasanov: Adoption of Defamation Law May Cause a Reverse Effect 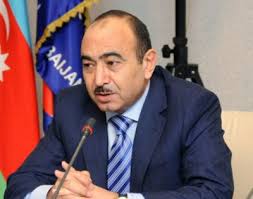 A roundtable discussion was held as part of the “Freedom of Expression and Freedom of the Media” project under Programmatic Co-operation Framework jointly implemented by the Council of Europe and European Union. At the roundtable, Azerbaijani President’s Aide on Sociopolitical Issues, Chief of the Presidential Administration’s Department of Sociopolitical Issues Ali Hasanov made a speech on freedom of opinion and speech. Ali Hasanov stated that ensuring freedom of opinion and speech and media freedom has always been at the heart of government attention, “Today, we can confidently say that Azerbaijan’s media landscape has already been fully formed.”

“Adopting defamation law at a time when insulting people in the press is widespread may cause a reverse effect. It’s necessary to take measures to improve professionalism of journalists. Some steps needed to be taken in order to prepare the public opinion for this innovation. The issue of adopting such a law in Azerbaijan has not been taken off the table. It still remains on the agenda. Real opportunities related to this draft law will be assessed in the future and international experience will be studied. It should also be taken into account that by removing relevant articles from the Criminal Code, ordinary citizens not related to journalism are also deprived of the opportunities to protect their rights, their honor and dignity. Besides, the same provisions still remain in the legislations of most European Union member states, including the leading states. If we are talking about non-application of these provisions in practice, similar situation exists in Azerbaijan as well,” Hasanov said.