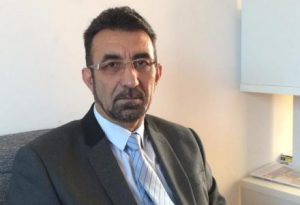 On December 21, Sumgayit Court of Appeal held the final hearing on the appeal of Rovshan and Rufat Zahidov, the relatives of Azadliq newspaper’s exiled editor-in-chief and Azerbaijan Hour TV program host Ganimat Zahid who have been imprisoned on drug charges.

Defendant Rovshan Zahidov’s lawyer Tahir Khanaliyev made a speech in defence of the arguments of the appeal they had filed against the judgment of Baku Grave Crimes Court. The lawyer asked the court to acquit Rovshan Zahidov.

Bahruz Bayramov, defendant Rufat Zahidov’s lawyer, also defended the arguments of the appeal and requested the court to reverse the judgment of Baku Grave Crime’s Court and drop the case on exculpatory grounds.

The public prosecutor asked the court to reject the appeal and to uphold the original judgment.

The jury said the final decision would be announced on December 28.

Background: Ganimat Zahid’s nephew Rufat Zahidov and his uncle Rovshan Zahidov were each sentenced to 6 years in jail by Baku Grave Crimes Court’s judgment of 28 June 2016 (presiding judge Eldar Mikayilov).
Rufat and Rovshan Zahidov were arrested in July of 2015. They were charged under Articles 234.4.1 (storage, distribution or selling of drugs, by a group of people) and 234.4.3 (- in a large amount) of the Criminal Code.