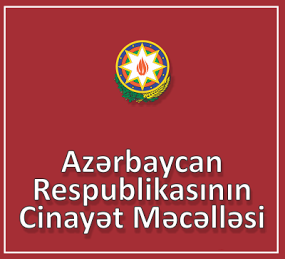 Penalties are already harsh in the Azerbaijani Criminal Code for tarnishing the honour and dignity of the head of state. This offence is dealt with in Article 323 of the Criminal Code.

Under the current legislation, a fine of AZN 500 to 1,000 is stipulated for tarnishing or humiliating the honour and dignity of the President of Azerbaijan Republic in a public statement, publicly shown product, mass media or internet information resource if demonstrated publicly.

The proposed amendment envisages a fine of AZN 1,500 to 2,500 or two years of corrective labour or imprisonment.

Furthermore, the amendment proposed to Article 323.1-1 of the Criminal Code brings forward a fine of AZN 2,000 to 3,000 for a similar offence committed publicly on the internet by using fake usernames, profiles or accounts. The current amount of this fine is AZN 1,000 to 1,500. The term of a jail sentence under the same Article is three years. Moreover, such offences are punishable by imprisonment of three to five years if they involve accusations of a serious or a particularly serious crime.

The NB to this Article reads that “This article shall not be applicable to public speeches related to critical observations about the activity of the head of Azerbaijani state, i.e. the President of Azerbaijan Republic, as well as on the policy pursued under his leadership”.