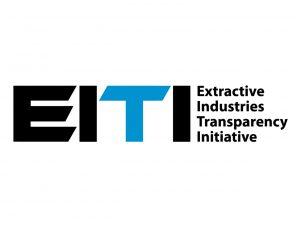 International Board of the Extractive Industries Transparency Initiative (EITI) has made its final decision on the evaluation of the conformity of Azerbaijan’s commitments to EITI standards.

The EITI Board agreed that Azerbaijan had made meaningful progress with implementing the EITI Standard with considerable improvements across several requirements compared to the first Validation in 2015. The EITI Board decided on a set of corrective actions that needs to be completed including on civil society engagement.

Fredrik Reinfeldt, Chair of the EITI, said: “Azerbaijan has made important progress in opening up the oil sector and I am encouraged to hear about the recent plans for government reforms towards more transparency. I hope that the government will continue its recent efforts to ensure that civil society can play its proper role in this process, otherwise this progress risks being overshadowed.”
Azerbaijan’s second attempt at Validation shows that although the Government of Azerbaijan has taken steps to address the EITI’s concerns of last year, civil society lacks sufficient space to operate freely.

Having been compliant with the EITI Rules since 2009, Azerbaijan was tested against the EITI Standard for the first time in 2015. The concerns were primarily related to the environment for civil society to participate in the EITI process in Azerbaijan.
Azerbaijan is the first country to undergo Validation against the EITI Standard. In accordance with the Board’s decision, Azerbaijan now has until the next EITI Board meeting to implement corrective actions addressing the EITI Board’s concerns related to civil society. A third Validation reviewing progress with the remaining corrective actions will commence on 26 July 2017.

The EITI is a coalition of governments, companies, civil society groups, investors and international organisations.