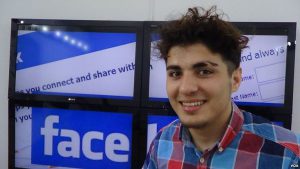 On 11 January, photos appeared online showing the serious injuries sustained by investigative journalist, blogger and IRFS Chairman Mehman Huseynov during his detention by the police on 9 January.

Presenting the photos to the media, lawyer Elchin Sadigov noted that he had taken them during an examination of the injuries on Mehman Huseynov’s body, during the examination they also found damage to his clothes, and traces of blood. “For now, I am not disseminating the photos of some of his bodily injuries for the sake of decency. The statement from the Ministry of Internal Affairs (MIA) does not reflect reality,” Sadigov stressed.

The lawyer underlined that he disseminated the photos in response to MIA spokesman Ehsan Zahidov’s claim that Mehman Huseynov had not been tortured. Zahidov said “Mehman Huseynov is not only telling lies but breathing in and out lies. The police authorities neither beat nor electrocute anyone. Everything Mehman has said is nothing but a fairy tale, slander and libel.”

IRFS founder and CEO Emin Huseynov said that Mehman Huseynov was given two unknown injections by first aid doctors while at the police station. IRFS leadership worries that the brutal beating could lead to serious complications for the journalist’s future health, and demands that Mehman be allowed to travel abroad for treatment.

For more information on Huseynov’s case click on these links: Torture and History