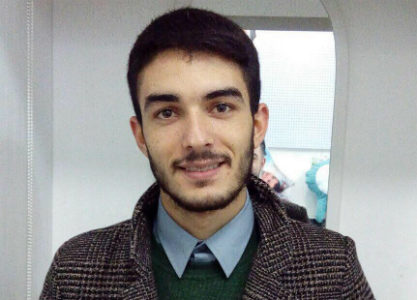 France-based blogger Mahammad Mirzali’s father Fazil Mirzaliyev has been summoned to Goychay Regional Police Department and then taken to the Ministry of Internal Affairs (MIA), the blogger himself reports.

According to the blogger, alongside with his father, his brother-in-law (his sister’s brother) has also been taken to Baku. Mirzali added that his relatives are being harassed because of his critical stance and activities.

“The reason my father has been summoned by the police is me posting videos on social networks that are critical of the authorities. This is not the first time they have taken my father to the police office. The same happened in 2016 and 2017, too. They have even made him write a statement to disown me as a child. They are demanding that I stop my activities and delete the videos on the Made in Azerbaijan Facebook page,” Mirzali said.

According to Mirzali, his father and brother-in-law had not been told the reason for being summoned to the police office.
Mirzali noted that charges have already been brought against his sister’s husband Agayev Elman. He is charged with drug trafficking.