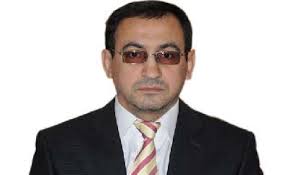 On 22 December, Baku Court of Appeal chaired by Judge Sahibkhan Mirzayev held a preliminary hearing on the appellate complaint of Mammad Ibrahim, the jailed advisor to the chairman of the opposition party APFP.

The appeal has been filed against Surakhani District Court judge Elchin Agayev’s decision which denied Mammad Ibrahim’s request for his transfer to an open prison having served out one-third of his sentence.

Mammad Ibrahim himself did not attend this hearing, but intends to participate in the next hearing.

Mammad Ibrahim’s lawyer Yalchin Imanov filed a petition to question several inmates sharing the same cell with his client in Prison #16. “In its decision on the rejection of the request for the transfer to an open prison, Surakhani District Court cited an argument that ‘Mammad Ibrahim behaved insincerely among the inmates in the prison facility’. Please identify those inmates. Let them be summoned to court and questioned as a witness, so that we know how exactly Mammad Ibrahim was insincere among the inmates,” the lawyer said.

After a brief deliberation, the jury denied the motion.

The next hearing is scheduled for 29 December , 11 am.

Background: Mammad Ibrahim was arrested on 30 September 2015, based on the complaint of Mikayil Guliyev, who had left the APFP shortly before. He was accused of punching Mikayil Guliyev and was charged under Article 221.1 (hooliganism) of the Criminal Code. Later, two more people – Oruj Valiyev and Mahammad Gurbanov – came forward claiming that they had also been hit by Mammad Ibrahim during the incident when they tried to separate those who were arguing. After that, the initial charge against Mammad Ibrahim was changed to a graver one under Article 221.2.2 of Criminal Code. Mammad Ibrahim was sentenced to 3 years in prison by Narimanov District Court’s verdict of 15 March 2016 (Judge Turgay Huseynov). Mammad Ibrahim has rejected the charges and stated that his imprisonment is politically motivated.

Former Investigator Chants “Down with Dictatorship” at His Appeal Hearing