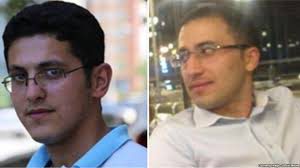 According to lawyer Elchin Sadigov, Baku Court of Appeal has rejected an appeal filed by Togrul Ismayilov, the head of opposition Republican Alternative (REAL) Movement’s Sabail-Nasimi Assembly, and Elshan Gasimov, the deputy head of REAL’s Binagadi Assembly. Elshan Gasimov and Togrul Ismayilov were detained on August 15, and were sentenced to 7-day administrative detention by Sabail District Court on August 16. The youths were released upon completing their sentence on August 22, but have appealed Sabail District Court’s decision.

According to lawyer Elchin Sadigov, both youths’ complaints will be submitted to the European Court of Human Rights.

Background: REAL’s Executive Secretary Natig Jafarli was arrested on 12 August 2016. He was charged under Articles 192.1 (illegal business) and 308.2 (abuse of official powers – when such actions lead to serious consequences) of the Criminal Code, and Nasimi District Court sentenced him to four-months of pre-trial detention.

Arrested Youth Activist Unable to Meet with His Family