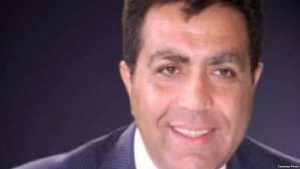 Nijat Guliyev was arrested on August 7, 2013. By the verdict dated April 2, 2014 of Absheron Regional Court, Nijat Guliyev was found guilty of committing a crime under Article 228.1 (illegal purchase, transfer, selling, storage, transportation or carrying of a fire-arm, its accessories, ammunition (except for a smooth-bore hunting weapon and its ammunition), and explosive substances and devices) of Criminal Code and was sentenced to 3 years in jail. His sentence was upheld by Sumgayit Appeal Court’s decision of August 14, 2014. Nijat Guliyev was previously arrested on October 19, 2005. He was initially charged with participating in a coup attempt, but was released shortly afterwards.

According to Fuad Agayev, the appeal was dismissed at a closed hearing. The lawyer said they would continue pursuing appeals with higher courts on this case.