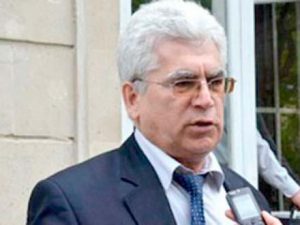 According to Asabali Mustafayev, the court did not grant his appeal against Sumgayit City Court’s decision banning his exit from the country, which had been issued on the basis of a request by Prosecutor General’s Office and Ministry of Taxes.

“The decision of the Ministry of Taxes on calculation of additional taxes for the NGO headed by me has not taken effect, as I have appealed it. So, neither an organisation nor its leader can be held responsible for a decision that has not yet entered into force. It is disappointing that besides defending other people’s rights, human rights defenders and lawyers also have to defend their own rights and suffer financial losses,” the NGO leader said.

On 08 July 2016, Sumgayit City Court banned Asabali Mustafayev from leaving the country at the request of the Taxes Department, which has calculated a tax penalty of about 7,000 AZN for the Democracy and Human Rights Resource Centre. Asabali Mustafayev has disputed this decision in court. However, based on the Taxes Department’s motion, the court proceedings on the case has been suspended due to an ongoing criminal case against NGOs investigated by the Serious Crimes Investigation Department of the Prosecutor General’s Office.

Background: On 13 May 2014, the Serious Crimes Investigation Department of the Prosecutor General’s Office launched a criminal case (#142006023) against a number of foreign and local NGOs under Articles 308.1 (power abuse) and 313 (service forgery) of the Criminal Code of Azerbaijan Republic “on the fact of irregularities found in the activities of a number of NGOs of Azerbaijan Republic, and branches or representative offices of foreign NGOs”. Dozens of local NGOs de facto closed down due to the arrest of their bank accounts with reference to the criminal case, and several NGO leaders and activists were arrested or banned from leaving the country.