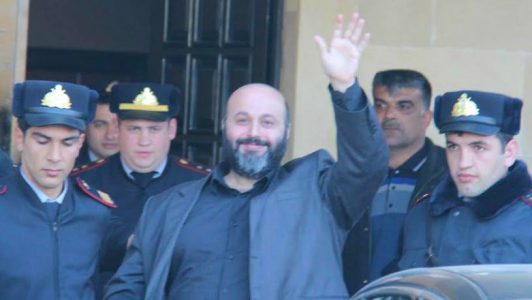 On 6 April, Shirvan Court of Appeal heard the appeal brought by Sardar Babayev (Hajihasanli), a member of the Assembly of Azerbaijani Clergy and the editor-in-chief of maide.az website, against Masalli Regional Court’s decision to extend his pre-trial detention period.

Speaking about the closed hearing, Sardar Babayev’s lawyer Javad Javadov said the road leading to the court had been blocked by the police like before the previous hearing. The closure of the road aroused resentment among people. “The police once again did not want to let our car through. They let us pass only after I spoke with the court and let them know that the hearing could not be held without the lawyer’s participation,” Javadov noted.

The lawyer added that he did not expect miracles from the court, as their appeal was considered groundless and Masalli Regional Court’s decision was upheld. “The explanation for the dismissal [of the appeal] was that if released, Sardar Babayev would continue his ‘criminal’ activity, i.e. perform religious rites,” the lawyer said.

Background: Sardar Babayev was ordered detained on 22 February 2017. He is charged under Article 168-1.3 (violation of the requirements of conducting religious advocacy, religious rites and ceremonies) of the Criminal Code. He is accused of carrying out a religious rite in Masalli mosque despite having studied abroad.

On 16 March, Shirvan Court of Appeal dismissed the appeal filed against Masalli Regional Court’s decision on the pre-trial detention of the theologian.