Court of Appeal Rules in Favour of Turan Information Agency 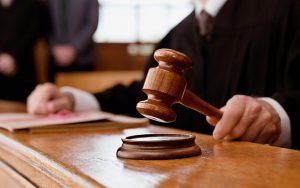 On 18 April, Baku Court of Appeal chaired by Judge Valeh Agayev held a hearing on Turan Information Agency’s appeal against Azersu OJSC. According to Turan, the court ordered Azersu OJSC to respond to the Agency’s inquiry dated 30 August 2016 by 2 May, when the next hearing is going to be held.

According to the Agency, during the 9 hearings held in Baku Administrative Economic Court #1, it has received answers to 6 of a total of 7 questions put in the information request regarding the installation of water counters with a total cost of AZN 12 million. The remaining unanswered question is about the cost-estimate of the installation of counters.

The Agency believes that the costs of counters and mounting work have been exaggerated 5 to 19 times. The question is, of the AZN 12 million allocated under the President’s decree, AZN 5.5 million has been used to purchase counters and AZN 6.5 million is planned to be spent on mounting work.