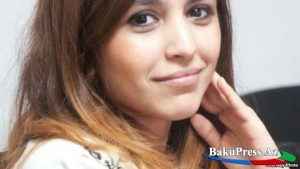 Nasimi District Court, chaired by Judge Elman Isayev, held a hearing on a complaint lodged by Aytaj Ahmadova, a journalist contributing to independent online media outlet Meydan TV. Ahmadova is seeking to overturn the international travel ban that has been imposed on her. The court refused to accept the journalist’s complaint for consider the petition.

The journalist’s lawyer Zibeyda Sadigova reported that a prosecutor’s office representative had told the court that the journalist was banned from travelling abroad due to the investigation of a criminal case against Meydan TV officials.

Sadigova underscored that the ban is unlawful, as the journalist has not been named as suspect, nor been accused of any crime. She added that the ban violates Ahmadova’s freedom of movement and opens the way to arbitrary persecution due to professional activity.

Judge Isayev ruled the journalist’s lawsuit inadmissible, advising her to appeal to the administrative economic court.