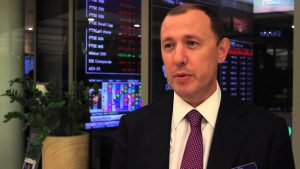  The defendants’ personal information were verified;
 Jahangir Hajiyev’s lawyer, Fakhraddin Mehdiyev, filed a verbal motion to remove the defendants from the glass-encased cage and to allow them to sit next to their lawyers. The motion was rejected;
 Jahangir Hajiyev’s other lawyer, Agil Layijov, aubmitted a written petition to hear the appeal by conducting a judicial investigation. The petition was not granted;
 Agil Layijov then petitioned the court to replace Jahangir Hajiyev’s pre-trial detention with house arrest. This motion was also denied;
 The judicial panel decided to hear the appeal without conducting a judicial inquiry.

On December 9, Baku Court of Appeal, chaired by Judge Aflatun Gasimov, held a preliminary hearing on the appeal filed against the judgment concerning Jahangir Hajiyev, the former chairman of the International Bank of Azerbaijan, and his co-defendants.

At the hearing, the judge first of all verified the personal information of the defendants.

Jahangir Hajiyev’s lawyer, Fakhraddin Mehdiyev, submitted a verbal motion to remove the defendants from the glass-encased cage and to allow them to sit next to their lawyers, so that the lawyers could consult their clients. The motion was rejected.

Fakhraddin Mehdiyev’s next motion sought the discontinuation of the criminal case.

“Jahangir Hajiyev’s act does not constitute a crime. These proceedings have been marred by the violation of fair trial principles from the outset. This case has not been considered fairly and in accordance with the law. Just like at the start, Jahangir Hajiyev faces prejudice. He was illegally held at the Main Organised Crime Department for 38 days. He was only transferred to the detention centre after the defence appealed to the court. An arbitrary criminal case has been launched against his wife. International travel restrictions have been imposed on his sister. We have been saying from day one that the Ministry of Finance is behind all this. However, the Ministry of Finance has made statements during the course of the trial, one day alleging that Jahangir Hajiyev had taken 3 billion out of the country and another day claiming that the amount was 6 billion. Jahangir Hajiyev’s right to presumption of innocence has been violated at every turn. Based on the this, I believe that the criminal case should be discontinued,” declared the lawyer.

Jahangir Hajiyev’s other lawyer, Agil Layijov, filed a written petition to hear the appeal by conducting a judicial investigation. “While considering the International Bank case, Baku Grave Crimes Court has rejected all of the nearly 30 motions we have filed. The court simply copied and pasted the indictment bill into the judgment. They have not even done mathematical calculations. The documents in the case file – consisting of 24 volumes – were apparently read within 3 to 4 hours, which is impossible. In light of this, our appeal must be heard by conducting a judicial investigation,” noted the lawyer in the petition.

Jahangir Hajiyev asked for his lawyers’ motions to be granted.

After a brief deliberation, the court panel announced that none of the petitions had been accepted, and so the court decided to hear the appeal without conducting a judicial inquiry.

The main hearing is scheduled for 23 December, 3 pm.

Background: Former Chairman of the Board of Azerbaijan International Bank OJSC Jahangir Hajiyev was arrested on 5 December 2015. He and seven others, including former directors of the Bank’s main branch and other people doing business with the Bank, were charged under Articles 179.3.1 and 179.3.2 (misappropriation of a large amount of money by an organised group), 308.2 (abuse of official powers resulting in serious consequences), 309.2 (exceeding officials powers resulting in serious consequences), 313 (service forgery), and 228.1 and 228.4 (illegal acquisition, transfer, selling, storage, transportation or carrying of a weapon, its accessories, ammunition or explosives) of the Criminal Code. The defendants are accused of misappropriating 211 million AZN. On 14 October 2016, the court announced the judgment, according which Jahangir Hajiyev has been sentenced to 15 years in jail. In addition, the court has ruled to confiscate his wristwatch (worth 110,000 AZN), a gold plaque inscribed with the words ‘Chairman of Azerbaijan International Bank OJSC Board Jahangir Hajiyev’, and one gold coin. The judgment stated that Jahangir Hajiyev must serve his sentence in prison, and pay 63 million AZN to Azerbaijan International Bank, and 7 million AZN to Agro-credit CJSC.