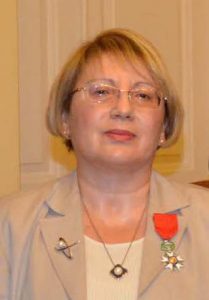 European Court of Human Rights has announced its judgment concerning human rights defenders Arif and Leyla Yunus, as reported by lawyer Javad Javadov. The complaint had been submitted to the European Court over the violations of law such as the applicants’ poor detention conditions, including lack of proper medical care.

Leyla and Arif Yunus were arrested in 2014. They were charged with state betray, fraud, tax evasion, illegal business, falsification of documents and deliberate use of fake documents. On June 23, 2015, the criminal case aagainst Leyla and Arif Yunus was split in order to investigate the treason charges in a separate proceeding. At the conclusion of their trial on the remaining economic offences, Leyla and Arif Yunus were convicted by Baku Grave Crimes Court on August 13, 2015, and were sentenced to 8.5 and 7 years in prison respectively. The court also ordered their properties to be confiscated and the funds in their bank accounts to be transferred to the state treasury. On November 12, 2015, Baku Court of Appeal granted Arif Yunus release on recognizance not to leave, and he was freed from the courtroom. On December 9, 2015, the court commuted Leyla and Arif Yunus’ jail sentences to suspended sentences with 5-year probation. The Yunus have filed a cassational complaint seeking full acquittal. Human rights defenders Leyla and Arif Yunus are currently receiving medical treatment abroad.

According to the lawyer, the European Human Rights Court has recognized the violation of Article 3 (prohibition of torture) of the Convention in Leyla and Arif Yunus’ case, and ordered that they be paid 13,000 EUR as compensation and 4,000 EUR for other costs.