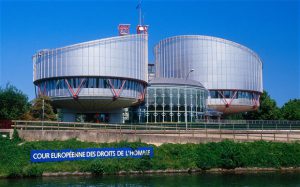 The European Court of Human Rights (ECtHR) has submitted questions to the government of Azerbaijan with regard to the case of NIDA Civic Movement’s jailed member Ilkin Rustemzade, according to the website of the ECtHR. The questions have to be answered by April 2017.

The case under the Court’s review relates to the youth activist’s detention at a protest rally and his subsequent administrative imprisonment.

According to the complaint submitted to the Court, Ilkin Rustemzade is one of the founders of Azad Ganjlik (Free Youth) organisation and was actively involved in the organisation of demonstrations against [non-combat] deaths of soldiers in 2013. He was detained in April 2013, during a march to commemorate the victims of a terrorist attack that took place in the State Oil Academy four years before. At the police office, they did not explain to him why he was arrested and what his rights were, and he was not provided with a lawyer. Nasimi District Court sentenced the youth activist to 15 days in jail under the Administrative Violations Code at a closed hearing. Rustemzade challenged the court’s decision in domestic courts, but none of his appeals was granted.

In his complaint to the Court, the youth activist alleged that the local courts had violated his rights protected under Articles 5 (right to liberty and security), 6 (right to a fair trial), 10 (freedom of expression) and 11 (freedom of assembly and association) of the European Convention. He has asked the court to acknowledge these violations.

Note that Ilkin Rustemzade was arrested again on 17 May 2013. He was charged with hooliganism and was sentenced to 8 years in prison on 6 May 2014. Amnesty International has recognised Ilkin Rustemzade as a prisoner of conscience.