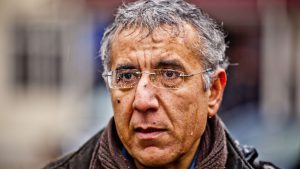 Intigam Aliyev was arrested in 2014. He was convicted on charges of tax evasion, misappropriation, illegal business, abuse of office and forgery and was sentenced to 7.5 years in jail by Baku Grave Crimes Court on April 22, 2015. His sentence was upheld by Baku Appeal Court on July 21, 2015 and later by the Supreme Court. Based on Prosecutor General Zakir Garalov’s petition submitted to the Supreme Court Plenum in March 2016, Intigam Aliyev’s sentence was commuted to a 5-year suspended sentence and he was released on March 28, 2016. However, the human rights defender was still under an international travel ban.