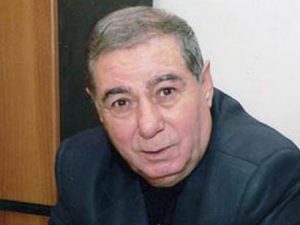 On September 6, writer Akram Aylisli and lawyer Elchin Sadigov visited Baku city Prosecutor’s Office, as reported by Elchin Sadigov. Akram Aylisli was detained together with his son Ilyas Aylisli at Heydar Aliyev International Airport en route to Italy on March 30. The Press Service of the Ministry of Internal Affairs said the writer was detained for starting an argument with border officers while passing through the border checkpoint. Aylisli was freed in the evening hours on March 30. On 31 March 2016, a criminal case was launched against the writer under Article 221.1 (hooliganism) of the Criminal Code. The writer’s son Najaf Naibov said his father was accused of using violence against a border officer. On 22 April 2016, the investigation division of the Air Traffic Police Department re-qualified the criminal case against Akram Aylisli from Article 221.1 of the Criminal Code to Article 315.1 (use of violence against a representative of authority) and sent the case to Baku City Prosecutor’s Office for investigation. The crux of the accusation is that Akram Aylisli violated public order, uttered profanities, and hit the State Border Service officer 35-year old Nihal Seyidov in the chest on 30 March 2016, and as a result of the blow, Nihal Seyidov suffered a 3.0cm*2.5cm bluish bruise to the upper right side of his chest.

Elchin Sadigov said the composition of the investigation team was announced to them and a protocol was drawn up in this regard, and they were told that they would be invited to the prosecutor’s office next week for the conduct of investigative actions.