Invitation to a press conference by Mehman Huseynov 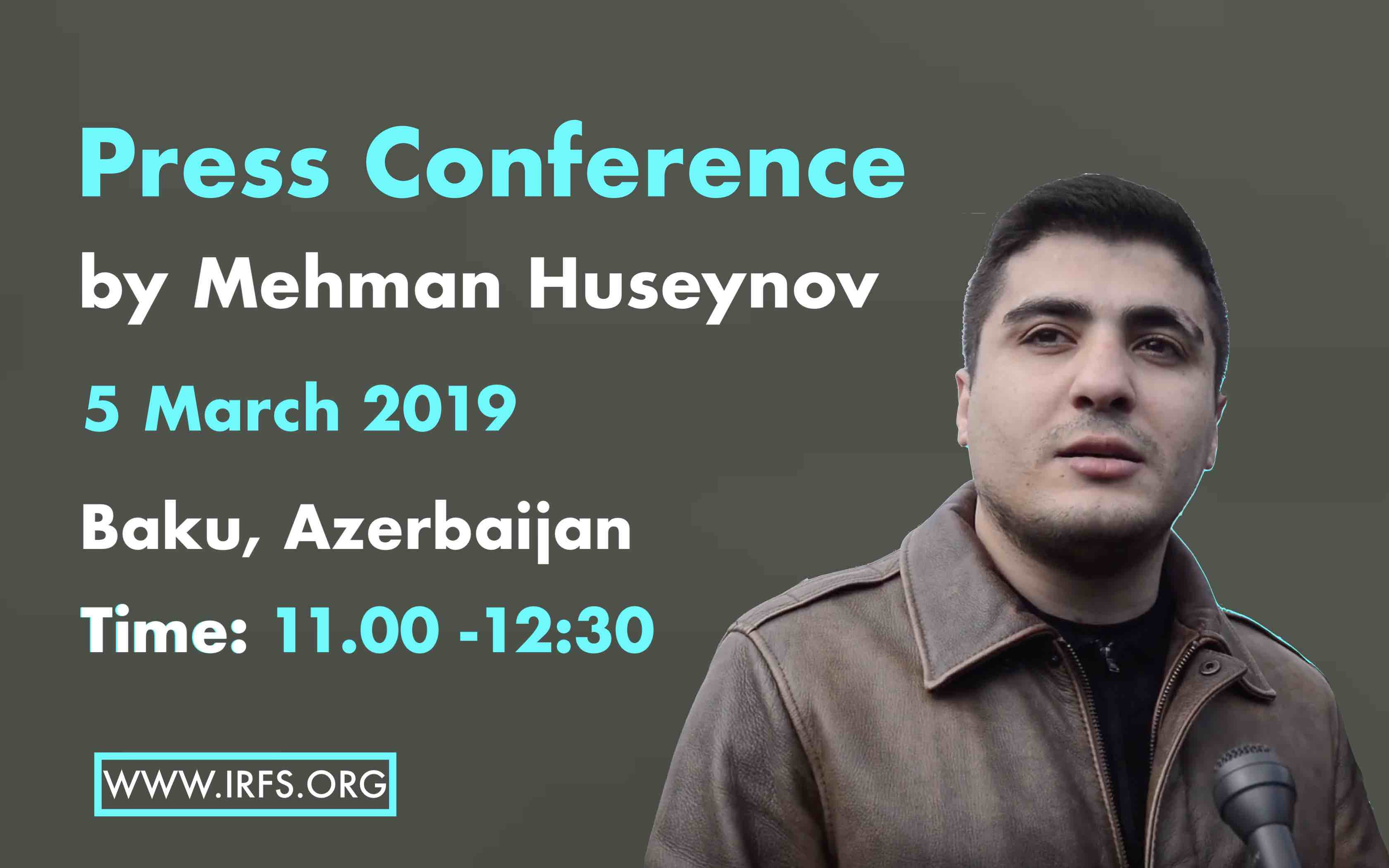 You are cordially invited to a press conference that will be held by Mehman Huseynov, a prominent Azerbaijani anti-corruption blogger, chairman of The Institute for Reporters’ Freedom and Safety . He was released from prison on the 2 March 2019, after serving a 2 year sentence on defamation charges after reporting torture in a detention facility.

Mehman Huseynov wants to speak more specifically about the last two months of his imprisonment term, when in December 2018 a new criminal case against him was opened. After numerous international leaders and international organisations, including the European Parliament, strongly condemned this new prosecution the new charges were dropped.

English translation will be available during the press conference.