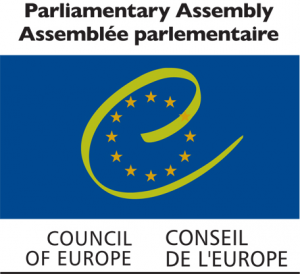 The Prosecutor’s Office of Milan has launched a criminal case against the former Deputy Chairman of Parliamentary Assembly of Council of Europe (PACE). Italian MP Luca Volonte, former chair of the European People Party (EPP) at PACE, stands accused of taking 2.4 million Euro bribe from Azerbaijani officials in exchange for his efforts to thwart a long-awaited resolution on political prisoners at PACE, reports Italian newspaper Il Fatto Quotidiano.
In January 2013, PACE failed to pass a resolution on political prisoners calling on Azerbaijan to cease arresting and prosecuting peaceful protesters. The resolution was rejected, with 79 votes for and 128 against.
According to the indictment, then – Vice President of the PACE Volonte and other members of PACE have received millions of Euros in exchange for supporting the “political position of a foreign state”.
Il Fatto Quotidiano writes that the money was transferred to the bank account of LGV and Novae Terrae Foundation by the Azerbaijan-based company Baktelecom LLC. Between 2012 and 2014, 18 transfers were made on behalf of the British companies Polux Management LP and LP Hilux, via the Estonian branch of Danske Bank.
“Volonte is accused of taking bribes “for himself and third parties” from Azerbaijani PACE deputies Elkhan Suleymanov and Muslum Mammadov and other unidentified Azerbaijani politicians to fulfill his public function in the interests of the Azerbaijani government,” reads the article.
Volonte’s attorneys have rejected the charges of corruption and money laundering as baseless.
The Azerbaijani government, and specifically the Anti-Corruption Office, must investigate this case. Government representatives, law enforcement agencies and the MPs mentioned in the article have not given official comment.