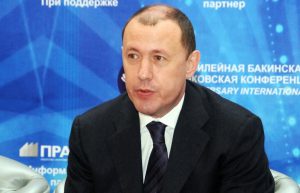 Former chairman of the Board of Directors of Azerbaijan International Bank OJSC Jahangir Hajiyev and his co-defendants have appealed to the Supreme Court, Hajiyev’s lawyer Fakhraddin Mehdiyev said on 20 December.

According to Mehdiyev, he and the other defendants’ lawyers filed a motion for a trial de novo during the preliminary hearing held in Baku Appeal Court. However, the court denied their appeal. A cassation appeal was filed with the Supreme Court against the appellate court’s decision.

Nardaran Trial: Hearing Marked by Rejected Defence Motions and an Argument between Parties