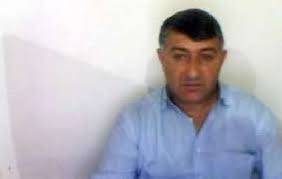 According to the lawyer, at the hearing the court was asked to acquit the journalist. However, Supreme Court changed Ganja Appeal Court’s decision, by reducing Arshad Ibrahimov’s prison sentence from 10 years to 5 years.

Arshad Ibrahimov was arrested on June 18, 2014. Arshad Ibrahimov was sentenced to 11 years in jail on 13 August 2014, by Ganja Court on Grave Crimes. He was accused of extortion. Arshad Ibrahimov, who is in prison for corruption, was the author of a series of investigations about the corrupt activities of Mahammad Bagirov, a former chief of Kalbajar Region Education Department. After being dismissed from his post, Mahammad Bagirov filed a complaint with Ganja City Police Department against the journalist. Based on this complaint, a criminal case was launched against the journalist and he was arrested. Later, Ganja Appeal Court reduced the journalist’s prison term by 1 year.