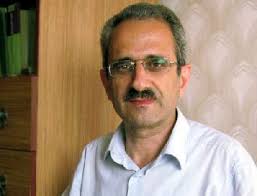 Former political prisoner, Tolishi Sado newspaper editor-in-chief Hilal Mammadov was summoned by police on September 19. According to the journalist, he was approached by the district police officer and told that they had to go to the 25th police station of Nizami District Police Department.

“At 3 pm on September 19, the newly appointed district police officer by name Rafayel Babayev called my mobile phone and said he was waiting in front of our apartment building and there was something he needed to talk to me about. I descended into the yard. He introduced himself as the new district police officer and said deputy chief of 25th police station Elnur Aliyev wanted to talk to me. I checked his identification and went to the police station together with him. I waited for two hours there, and, finally, after two hours deputy chief Elnur Aliyev called me in. “What do you have to do with those protest rallies,” he asked, “we have smartened many of those participating there for 5-10 manats.” I said “you are insulting both me and other people by saying you take to the streets for 5-10 manats.” He said “they would do so even for kopecks (coins), look, the “slave” market is full of them.” I said “do you mean our country is a country of slaves who would join a demonstration even for kopecks? Don’t these slaves have the right to stand up in defence of their unemployment rights?” He said “there are jobless people in the America, too.” I said “the benefit which they receive over there is more than our professors’ wages. The same is true for Europe.” At this point, a person by name Etibar who was next to the deputy chief insulted me and the opposition in the most immoral form, and was about to set on me, but stepped back after a gesture by the deputy chief. To be frank, I have never seen such an immoral behaviour towards myself in the past 4 years, even on the part of the most high-ranking officers. Then they once again had me wait outside for one hour, after which they called me into another room and an operative and the district police officer drew up a list of my family composition, father and siblings and indicated their places of employment. I did not sign anything. I left the police station and was taken to Nizami District General Police Department in the car of the operative by name Etibar. The operative handed over the form on my family composition and relatives to a deputy chief, lieutenant colonel by name Adalat. Our conversation with the deputy chief lasted for a couple of minutes. He said he respected me as an intellectual and scholar, and advised me to stay away from anti-government rallies. I told him that like every other citizen he was also entitled to participate in an authorised rally. I said “I am a free person and no one can interfere with my free choices.” He said “let’s separate in agreement. Think about your family and your asthma problem. Why do you yearn to return to jail again?” He noted my landline and mobile phone numbers, and said they would invite me again, if needed,” the journalist said when recounting his experiences.

Background: Tolishy Sado newspaper editor Hilal Mammadov was sentenced to 5 years in prison on 28 September 2013 by the judgment of Baku Grave Crimes Court, on charges of illegal possession of drugs in large quantities (Article 234.4.3/Criminal Code), treason (Article 274/Criminal Code), and incitement to national, racial, social and religious hatred and hostility (Article 283/Criminal Code). He was released under a pardon decree on 17 March 2016.