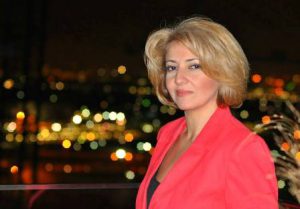 US-based journalist Sevinj Osmangizi, who is also currently collaborating with the online television Meydan TV, has reported being threatened.

According to the journalist, she has received phone calls threatening her family members’ and her own lives. Osmangizi noted that she had informed law enforcement agencies in this connection.

“Currently my home is being guarded by the police and security has been tightened. A few months ago I received a phone call from the Azerbaijani embassy in the United States. They said they were concerned about my safety and that they had received an instruction from the Foreign Ministry of Azerbaijan to meet with me. I asked them to send that instruction to me, but did not receive anything from them,” the journalist added.