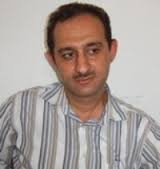 Baku Court of Appeal, chaired by Judge Mirpasha Huseynov, heard journalist Natig Javadli’s appeal against the ban on leaving the country, journalist’s lawyer Zibeyda Sadigova has said. Javadli’s previous complaint against the travel ban was rejected by Nasimi District Court on August 1. The Prosecutor General’s Office has banned the journalist from travelling abroad for more than a year due to the criminal case against Meydan TV. Criminal case #152006048 against the officials of Meydan TV is being investigated by the Serious Crimes Investigation Department of the Prosecutor General’s Office under Articles 192.2.2 (illegal business activity, by making a large amount of income), 213.2.2 (evading payment of a large amount of taxes) and 308.2 (abuse of official powers, by falsifying the results of elections or a referendum or having serious consequences) of the Criminal Code.

According to the lawyer, at the hearing held behind closed doors she requested the court to overturn Nasimi District Court’s decision as unlawful. The lawyer said in cases of supervisory complaints, according to Article 451 of the Criminal Procedure Code, Judge Elman Isayev of Nasimi District Court should have either deemed the travel ban lawful or reversed it as unlawful. “But the judge refused to accept the journalist’s complaint for consideration altogether and advised him to file the complaint in the administrative procedural order,” the lawyer noted.

Lawyer Zibeyda Sadigova said they would appeal to the European Court of Human Rights against the travel ban imposed on the journalist.