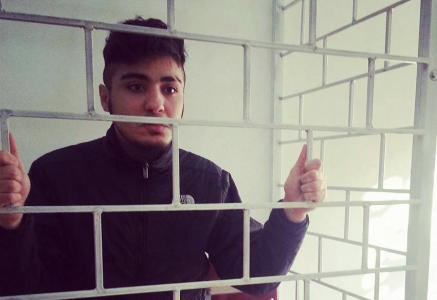 Mehman Huseynov’s trial will be held on November 3rd at 3pm. The criminal case against him is based on Article 147.2 of the Criminal Code, Criminal Defamation. He was sentenced to 2 years of imprisonment on March 3rd. The case was sent to the Baku Court of Appeals for reconsideration and submitted to Judge Aflatun Gasimov.

Mehman Huseynov was sentenced to 2 years imprisonment on March 3, 2017 by the decision of Surakhani District Court. The Appeal Court upheld the decision. On September 30, the case was sent to the Court of Appeal by the Supreme Court’s decision.

Mehman Huseynov has already been transferred to Detention Facility #3 (Detention Center in Shuvalan settlement) of the Penal Service.