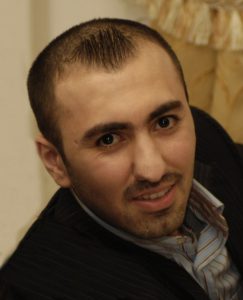 Relatives of Habib Muntazir, the social media manager of Meydan TV – an internet television critical of the government, are put under pressure, Habib Muntazir has said.

According to Habib Muntazir, law enforcement officers interrogated his uncles and aunt (both on his father’s side) living in Baku on June 8. “The local police inspector and the investigator had also come. They were four. They took my cousins (his father’s nephews) to the police office and held them in custody for one day. Today they took my uncles (on his mother’s side) to the police office. They also questioned some of my friends. They have made a list of all my relatives. They try to pressurize my relatives because of me and to intimidate me by targeting my friends,” Habib Muntazir said.

Habib Muntazir also noted that he did not keep in touch with any of his relatives and had disowned them all.

“I am not going to turn away from what I has held true for years or to give up my fight against injustice. Everything I do is my civic position. I am not going to retreat from my righteous path even if you kill me,” Habib Muntazir said.

Background: Habib Muntazir has been living in Germany for 14 years. He is one of the active persons criticizing the government. He was one of the organizers of the Reporters Without Borders’ protest action during President Ilham Aliyev’s visit to Germany. Also by chanting slogans like “free political prisoners” in front of the German chancellor Angela Merkel’s headquarters, he tried to call Ilham Aliyev’s attention to this issue. It is believed that the pressures against his relatives began following these activities.