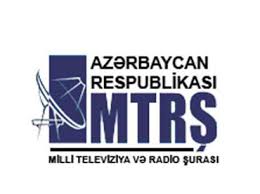 Azerbaijani President Ilham Aliyev has explicitly assessed the recent developments in Turkey as a coup attempt and a heinous crime against Turkish statehood and Turkish people and their will and choice. President Ilham Aliyev has stated that Azerbaijan was on Turkish state and people’s side and supported the Turkish government democratically elected by the citizens of Turkey, and he has given necessary instructions to the relevant state agencies in this regard.
The Azerbaijani public and civil society institutions demonstrated solidarity with the Turkish people and decried the coup attempt, calling it unacceptable and aimed at undermining the foundations of Turkish statehood. Unfortunately, ANS Independent Broadcasting and Media Company took a position contrary to the spirit of brotherhood and strategic partnership between Azerbaijan and Turkey, conducting propaganda against the Turkish state and government and supporting Fetullah Gulen, who is known as a terrorist in the country and who has masterminded the bloody events that have caused the death of many people, and his supporters.
Since the beginning of the events, in its various reportages and interviews ANS TV tried to suggest that the events in Turkey were “a show organized by the authorities” and to discredit the measures carried out by the Turkish authorities. US-based correspondent of ANS TV interviewed Fetullah Gulen, who is suspected of leading the attempted coup, and this interview was announced via local and foreign mass media.
Despite repeated warnings, ANS TV continued its activity on promoting terrorism, targeted the steps taken by the Turkish government to stabilize the situation, tried to justify the vicious crime that resulted in the deaths of hundreds of people and ultimately took steps aimed at deepening the civil strife in the brotherly country.
Turkey’s authorities and its embassy have appealed to Azerbaijani state agencies, expressing their deep concern about this issue and requesting to take appropriate action.
According to Article 11 of the Law of Azerbaijan Republic on Television and Radio Broadcasting, Azerbaijani state controls avoidance of propaganda of terrorism, violence, brutality, national, racial and religious discrimination via TV and radio. If TV-radio broadcaster supports open calls for violent coup, attack on the integrity of the state and the security of the country, incitement of national, racial and religious hostility, and commission of mass disorders and terrorism or purposefully offers the opportunity for publicizing these calls, the broadcaster’s activity may be temporarily stopped.
In order to prevent the provocation aimed at undermining strategic partnership relations between Turkey and Azerbaijan and to prevent the open propaganda of terrorism, the National Television and Radio Council of Azerbaijan Republic has made a decision to suspend the broadcast of ANS Independent Broadcasting and Media Company for a period of 1 (one) month from July 18, 2016, 18.30 and to file a lawsuit with the court to terminate the validity of the special permit (license) #TR 099 dated October 25, 2013 taking into account the appeal dated July 18, 2018 of the Prosecutor General’s Office of Azerbaijan Republic and Articles 11, 23 and 32 of the Law of Azerbaijan Republic on Television and Radio Broadcasting, and to invalidate the special permit (license) #TR 100 granted to ANS CM Broadcasting and Media Company on October 25, 2013 in accordance with Article 23.2.8 of the Law of Azerbaijan Republic on Television and Radio Broadcasting.

Caucasus University Closure Rumored to Be Due to Fetullah Gulen

Trial Underway for Taleh Bagirzade and Others Arrested over Nardaran Incidents