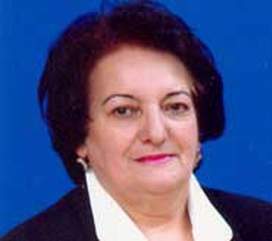 * MP Zahid Oruj criticised the report for failing to highlight many problems in society;
* MP Fazil Mustafa noted that courts continued to pass harsh sentences despite the President’s decree on softening the punishment policy.

On 7 March, Azerbaijan’s human rights commissioner Elmira Suleymanova made her annual report in Milli Meclis (Parliament). According to her, the Ombudsman received about 20,000 appeals in 2016.

“Last year, the Commissioner and her National Preventive Group (NPG) made a total of 337 visits, including 254 scheduled and 83 unscheduled visits, on a regular basis and without prior notice to the places that the persons detained in 2016 could not leave at their own discretion. During the visits, individual legal awareness raising conversations were held with 691 people in temporary detention places, 497 people in detention centres and prisons, about 800 people in other facilities that a person cannot leave at his own discretion, as well as with about 500 service officers of these facilities,” the Commissioner’s report read.

Taking the floor during the discussion, MP Zahid Oruj said the report consisted of trite expressions and was reminiscent of Soviet-era speeches. He pointed out that the report passed over a number of problems of society. “Chief of State Security Service Madat Guliyev has recently stated that more than 950 Azerbaijani citizens are fighting in Iraq and Syria as members of extremist organisations. What estranges them from Azerbaijan? Why doesn’t the report speak of this,” Oruj asked.

Zahid Oruj further stressed the report’s lack of information about court disputes related to loan debts. “Why aren’t these mentioned? Besides, the Prosecutor General’s Office of Azerbaijan carries out investigative actions in relation to the Ministry of National Security case. But the report does not speak of this. Why should we avoid reporting on these? Sources, where narcotic drugs come from, are known. The police have done a lot of work to prevent them. Otherwise, the disaster that we call white death could have spread throughout Azerbaijan,” the MP noted.

During his speech, Zahid Oruj also referred to the comments of Supreme Court’s Criminal Board Chairman Shahin Yusifov about the police ‘fulfilling a plan’ on drug-related cases. “This accusation applies not only to the police but also to prosecutor’s offices. Moreover, courts also need to be independent. If trumped-up charges are brought against someone, the court should order their release,” Zahid Oruj said.

Recall that, during the general meeting of the Union of Court Judges’ Associations, Shahin Yusifov noted that one in every seven people arrested in Azerbaijan is charged under Article 234 (illegal purchase of drugs) of the Criminal Code. He called on judges to be careful in such matters.

MP Fazil Mustafa noted that courts continued to pass harsh sentences despite the President’s decree on softening the punishment policy. “They arrest a person and put him in jail for several years over AZN 400, leading to the plight of his family and children. But they also are our citizens,” the MP said.

The report was put up for a vote and accepted.

Background: Azerbaijan’s human rights commissioner, 80-year-old Elmira Suleymanova has held the post of Ombudsman since the establishment of the Ombudsman’s position in 2002.

During the past 15 years, she and her employees have not succeeded in resolving the complaints of the prisoners they have met within detention centres and prisons. The human rights commissioner has never confirmed torture and force allegations of citizens, whose rights have been infringed and who have been imprisoned for criticising the authorities.