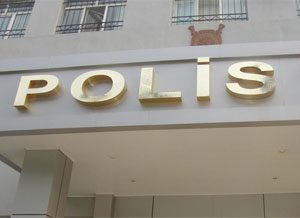 A man by name Zaur Soltanov, who was invited for an interview at Police Office #1 of Khazar District Police Department, collapsed and died in the yard of the police office on May 12. Zaur Soltanov’s mother Mirnisa Soltanova believes that her son died from the injuries resulting from the physical violence against him at the police office.

“The police claim that my son had a heart disease, but he did not have any disease,” Mirnisa Soltanova said.

Zaur’s uncle Afrail Soltanov recalls seeing Zaur’s face and head covered in blood as he uncovered the face of the deceased at the Police Office #1 of Khazar District Police Department. “There were finger marks on Zaur’s throat. Cops forced us out of the police office,” Afrail Soltanov said.

Afrail Soltanov added that there was a break-in at Zaur Soltanov’s shop in Shuvalan settlement in April 2016. “Zaur reported it to the police. Two days ago, a policeman by name Bayram sent a photo to Zaur’s phone, saying that it was the burglars who robbed his shop. Zaur found the men in the photo (the brothers by names Afaddin and Elmaddin Huseynov) and fought with them. The Huseynov brothers complained to the Police Office #1 of Khazar District Police Department over being beaten up, and Zaur was called to the police office for this reason,” Afrail Soltanov said.

According to the statement of the Ministry of Internal Affairs, Zaur died of a heart attack while sitting on a bench in the yard of the police office.

Baku City Prosecutor’s Office reported on the incident on May 13.

“The incident scene and the dead body were inspected with the participation of the employees of Khazar District prosecutor’s office and Police Department and a forensic medical expert, recordings were retrieved from the CCTV cameras on the administrative building of the police office, no injury or signs of violence were found on the surface of the dead body except the scrapes on the nose and lip area, and the dead body was sent to the district branch of the Forensic Medical Examination and Pathological Anatomy Union of the Ministry of Health of Azerbaijan Republic for autopsy in order to determine the cause of death. According to initial investigations, on the said date, Zaur Soltanov was invited to the police office based on the complaint of Shuvalan settlement residents Afiyaddin Huseynov, Elmaddin Huseynov and Aliislam Rustemzade about their being beaten up by Zaur Soltanov and several other men in the settlement, and while waiting in the yard of the police office, Zaur Soltanov fell off the bench and died at 13.40. The investigations also showed that no physical violence was used against Zaur Soltanov at the police office, the scrapes on his body surface were suffered during his fall, and the above mentioned was confirmed during the review of the CCTV camera recordings, as well as the autopsy of the dead body revealed changes in the heart muscles,” the statement of the Prosecutor’s Office read.

Zaur Soltanov is the second person reported to have died as a result of violence at the police office in the last 10 days. On May 04, 2016, the family members of the citizen Rashad Mehdiyev stated that he died from torture at Sumgayit city police office #4.

Youth Activists Arrested in a Renewed Crackdown on Free Expression