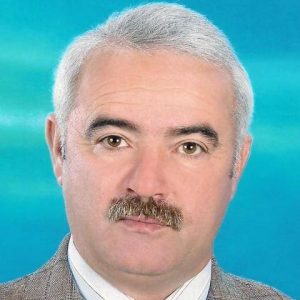 Member of the opposition party Azerbaijan Popular Front Party (APFP) and Karabakh war veteran Ismayil Rasulov was detained on August 24. He was sentenced to 30-day administrative imprisonment by Garadagh District Court on charges of resisting the police.

Asabali Mustafayev, the lawyer of the APFP member, believes his client’s arrest is illegal. “Ismayil is a war disabled with a group 2 disability. He suffers from diabetes, and needs to follow a diet and have insulin injections in a timely manner. It is certainly wrong to keep such a person in administrative detention. Most importantly, the law itself prohibits the application of administrative arrest to Rasulov. Article 30.2 of the Administrative Offences Code of Azerbaijan Republic specifies the list of people to whom administrative arrest cannot be applied and a person with a group 2 disability is one of such people. Article 535.1 (resisting the police) under which Rasulov is charged carries a monetary penalty of 200 AZN or administrative arrest for a period of up to one month. Ignoring the requirements of the law, the court chose the severest possible sanction in respect of the war veteran with a group 2 disability. The same has previously happened to another war disabled, Babak Hasanov. During the communication on that case, the government was insisting that the court had been unaware of Babak’s disability. This case constitutes a violation of Article 7 (no punishment without law) of the European Human Rights Convention,” the lawyer said.

“As a Karabakh veteran, Ismayil Rasulov has demanded his rights at every turn. This honorable Karabakh veteran has been on the waiting list for apartment for 22 years, but has not been able to receive an apartment and lives in a rented one. Ismayil is an active Facebook user who frequently wrote about injustice and lawlessness in our society, as well as his own unbearable social situation. Instead of drawing a conclusion from Ismayil’s posts and addressing the problems, the government chose to silence him by way of arrest,” said APFP Chairman Ali Karimli while commenting on the arrest of the party member.