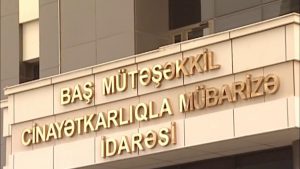 “I was also told at the Department that I allegedly shared posts against the state structure and advocating religious extremism. But I told those at the Department that we were against the current regime, not the state structure. They told me that the Parliament was tightening a number of laws regarding religious extremism, and those changes [in laws] would allow them to prosecute us. In a word, they threatened to arrest us. I told them that our activity is solely within law,” Gozal Bayramli said recounting her experiences at MOCD.

APFP Supreme Assembly Chairman Nuraddin Mammadli, another interviewed opposition representative, said the main focus of the conversation conducted with him at MOCD was his Facebook posts. “They tried to prove that I advocated religious extremism in those posts. I said I am a politician who is against the use of violent methods and illegal ways of struggle in Azerbaijan. I have repeatedly wrote on this topic and emphasised that religious extremism is the biggest threat to the state of Azerbaijan,” Nuraddin Mammadli said.

National Council Coordination Centre member Eldaniz Guliyev was also asked questions related to his Facebook posts during the interview. “The subject of discussion was my socio-political activity, defending religious people, and my social media posts. I was demanded to slow down my activity, and I received a verbal warning for alleged criminal elements in my posts,” Eldaniz Guliyev said.

National Council Coordination Centre member Ogtay Gulaliyev was questioned in connection with his press statements on the operation conducted in Nardaran settlement on 26 November 2015.

Brawl Breaks Out at Courthouse during Nardaran Trial