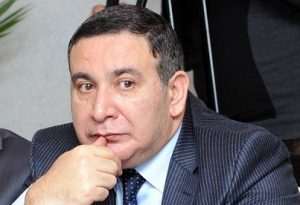 On 16 February, the Commission on Pardon Issues under the President of Azerbaijan held a meeting, Commission member and editor of 525th Newspaper Rashad Majid has said.

According to Majid, the Commission has received nearly 800 applications, 150 of which were considered at the meeting, and more than half of them received a favourable opinion. A pardon decree is expected to be signed on the eve of Novruz holiday.