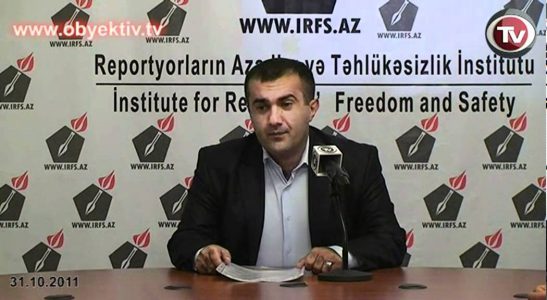 According to her, she was summoned in relation to her son’s subjection to torture.

Background: Javid Shiraliyev was detained by officers of the Ministry of Internal Affairs on 30 August 2014 , and taken to the Main Organised Crime Department.
He was sentenced to 5 years in jail on 22 May 2016 . Ganja City Grave Crimes Court convicted him of extortion (Articles 182.2.1 and 182.2.4 of the Criminal Code).
The journalist rejects the charges and considers his arrest as politically-motivated.