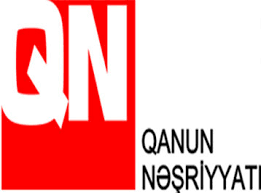 Qanun Publishing Company’s office has been searched. Only lawyers and Shahbaz Khuduoglu’s brother Sabir Rustamkhanli were granted access to the building during the search.

On June 11, fifteen officers from Baku City Police Office came to the office of Qanun publishing house and said that they had received an anonymous phone call to 1-0-2 hotline that a bomb had been put in the building where the publishing company was located. Although the police did not enter the building, they surrounded it.

Reporting about the search, Qanun director Shahbaz Khuduoglu said that on the pretext of investigation, the police officers, who came “to search for a bomb”, seized some print materials and templates (i.e. semi-finished goods), but did not explain the reasons for the search. Khuduoglu said they were going to appeal to the court in this regard.

Khuduoglu added that the search was conducted in presence of attesting witnesses brought by the police and several employees of the publishing house.

Qanun director assessed the search of the office as a violation of property right and added that all necessary legal steps would be taken.

Recall that the publishing company underwent a tax inspection in 2013, after which it was fined 150,000 AZN.