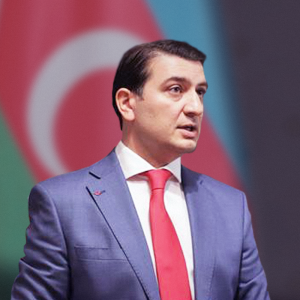 Azer Gasimli, deputy chairman of Republican Alternative (REAL) Movement, has been banned from leaving the country. According to Gasimli, he was turned back at Boyuk Kasik border checkpoint while travelling to Georgia.

“There is no criminal case related to me, but I was summoned to Serious Crimes Investigation Department of Prosecutor General’s Office when REAL Executive Secretary Natig Jafarli was arrested. During the one or two hour interview by investigator Orkhan Babayev, my statement on certain issues was taken. I was not told anything with regard to the travel ban. I phoned investigator Orkhan Babayev. He also said he was unaware. Tomorrow I will go to Investigation Department and try to find out the reasons for the ban,” Azer Gasimli said.

Background: Natig Jafarli was arrested on 12 August 2016. He was charged under Articles 192.1 (illegal business) and 308.2 (abuse of official powers – when such actions lead to serious consequences) of the Criminal Code, and Nasimi District Court sentenced him to four-months of pre-trial detention. On September 9, Natig Jafarli was released from pre-trial detention based on the petition of Serious Crimes Investigation Department of the Prosecutor General’s Office submitted to Nasimi District Court.