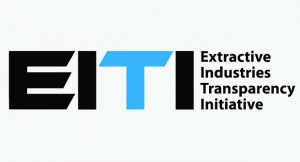 On 9 March, the board of the Extractive Industries Transparency Initiative (EITI) decided to suspend Azerbaijan’s membership in the organisation due to the leadership of the country failing to ensure or enable an environment for civil society.

The government of Azerbaijan is currently trying to spin the narrative that they willingly left the Extractive Industries Transparency Initiative (EITI) because they no longer wanted to be a part of the group. This is a false narrative from the regime to save face despite being suspended for the failure to meet with the EITI standard. The country of Azerbaijan consistently fell short on the bare minimum standards for membership in the EITI and if they were to only slightly decrease the restrictions on civil society NGOs they would have been allowed to maintain membership despite their high number of political prisoners.

The stigma of failing to meet these standards would be more impactful and detrimental to the regime’s loan scheme if they were not already promised $800 million USD by the IMF. The promise from the IMF comes after they delayed their decision on whether to provide the loans to Azerbaijan until after the EITI findings on Azerbaijan’s membership status at the Astana meeting on 26 October. Despite the findings being mostly negative about civil society sector and not being up to EITI standards the IMF still promised the $800 million USD.
Azerbaijan’s bilateral and multilateral partners must stand up against corruption and oppression in Azerbaijan. They can do this my stopping the stream of money to the government without transparency and logical reforms. The more than 150 political prisoners should be enough to prevent powerful democratic countries and powerful financial entities that believe in transparency from working with or assisting this oppressive regime.