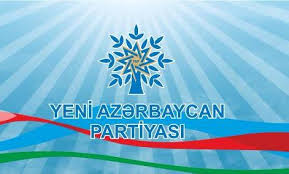 The parliamentarian specifically complained about internet media Meydan TV and Facebook page named Sancaq Production which is critical of the authorities.

Meydan TV is an online media reporting on human rights violations and social problems in the country.

Sancaq Production is the most active page on Facebook social network and highlights social and political problems in the country and the arbitrariness of public officials.

According to the MP, the above media disseminate biased information about the head of the state.

“I have taken screenshots of all those articles. At present, it is impossible to make decisions regarding internet televisions, because there is a gap in the law on this issue. I propose inclusion of a bill on the regulation of television stations broadcasted over the internet in the agenda of the autumn session,” said Ibrahimgizi, and added that nowhere in the world heads of states are ‘insulted this way.’

Malahat Ibrahimgizi’s initiative to discuss the regulation of the internet in the next session was not supported.

Journalist and video blogger Mehman Huseynov, one of the moderators of the Sancaq page mentioned at the parliament meeting, fired back at the MP immediately.

“We are not one of those sell-out television channels or a water tap for you to open and close. In order to close Sancaq, you would need to cut off the internet entirely. You are saying that we expose public officials’ faults. Is it a crime to film and show officials’ arbitrariness, lawlessness in the country, bribery and false elections,” Mehman Huseynov said.

Meydan TV staff has also stated that there has not been insult in any of their content.