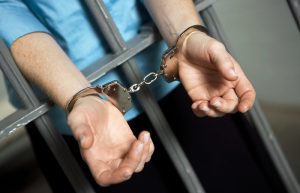 On 28 March, Guba Regional Court convicted the eleven people arrested for participating in a rally of protest over socio-economic difficulties held in Siyazan region in January of last year.

There is a lack of information on the hearing, as it was held without the participation of the media and members of the public.

On 13 January, another rally was held demanding the release of the detainees and led to an incident, which ended with the detention of even more people. Eleven of them were arrested and brought before the court.

The statement issued by the Ministry of Internal Affairs and the Prosecutor General’s Office regarding the events read that a group of residents of Siyazan region held a street procession uncoordinated in the manner prescribed by the legislation on 12 and 13 January 2016, and fifty-five people were detained for committing illegal actions. The statement also noted that a criminal case was launched on the fact under Articles 186.2.2 (deliberate destruction of or causing damage to property), 233 (organisation of or active participation in actions leading to violation of public order) and 315.2 (resistance or use of violence against a representative of authority) of the Criminal Code.