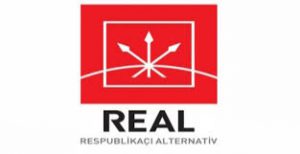 We, the Republican Alternative, express our strong protest against the changes proposed to the Constitution in the absence of any public discussions and foisted on the people through total falsification. Instead of resolving the fundamental problems facing our country, these changes contribute to further deepening of the civil confrontation and controversies. It represents another step aimed at undermining the Republican values and poses serious threats for the future of our state.

Constitution is a fundamental social agreement. The provisions to be included in this agreement should serve the interests of the society, not the needs of the government. The serious violations that occurred on the voting day, and the fact that majority of the voters did not participate in the vote was a clear indication that such an accord did not work in our country once again. Written rules not relying on the free choice of the society cannot express the consent of the society. There are many historical examples which clearly show that such rules cannot go beyond paper. The authorities bear the sole responsibility for any aggravation of the situation.

As the Republican Alternative, we declare that the recent constitutional changes have widened the gap between the citizens and the government in our country, added to the unaccountability of the government, created additional barriers for the representation of the people in power, and deteriorated the human rights situation. These changes estrange our state away from republicanism. As the Republican Alternative, we declare it for our supporters and sympathizers that we are strengthening and expanding our efforts for the Republican values.