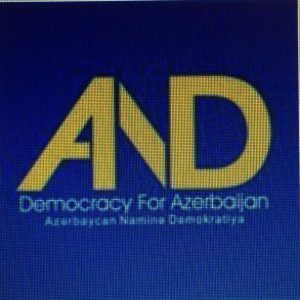 Whereas the Democracy for Azerbaijan welcomes the preliminary opinion of the Venice Commission of the Council of Europe of 21 September 2016 on Constitutional modifications proposed for vote in a referendum in Azerbaijan on 26 September, 2016 ;
– AND regrets that as a member of the CoE, and the OSCE, the Government of Azerbaijan failed to consult the Venice Commission, the OSCE prior to submitting the draft to the referendum;

– AND is deeply worried that the Government in line with its previously used notorious practices known as a “caviar diplomacy” invited a group of PACE members to monitor the referendum without the mandate of the Assembly and uses the private opinions of PACE members to the media as a position of the CoE and the PACE;

– AND believes that such a visits and statements put a shadow to the image of the PACE;

– AND shares the position of the Venice Commission that the amendments severely upset the balance of power by giving “unprecedented” powers to the President;

– AND regrets that the Government of Azerbaijan failed to explain to the people of Azerbaijan the reasons for modifications that violate the language and spirit of the Constitution to Azerbaijan itself;

– AND deplores that the Government of Azerbaijan launched an unprecedented campaign of repressions, arrests and intimidations before the referendum.

– AND notes that the all opposition parties, notably the National Council of opposition Parties and the Musavat party boycotted and not recognized the results of the referendum;

– AND regrets that despite of low turnout of the voters, (according to independent observers less than 10%) the National Election Commission made a declaration that the turnout was close to 70% ;

– AND deeply deplores that as it was in the past, the Government used the notorious “carousel” system, whereby the special groups of people from the budgetary organizations, move from one polling center to another voting several times at different locations;

On behalf of all democratic forces, AND hereby invites all the Governments, the International Organizations not to recognize the results of the rigged referendum and to express their position.
AND urges the Government of Azerbaijan to refrains from taking further actions that contradict its international commitments.