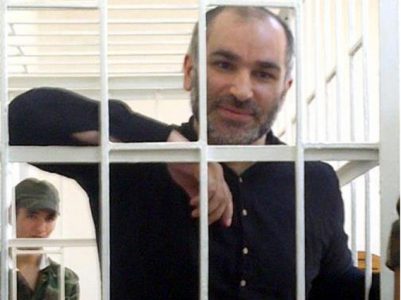 Abgul Suleymanov was arrested by officers of the now-dissolved Ministry of National Security (MNS) at his father-in-law’s house in the Lahij settlement in the Ismayilli region on 11 August 2011. He was charged with incitement of racial, social and religious enmity through the use of violence, violation of public order, and the illegal possession of a great deal of drugs and firearms. Baku Grave Crimes Court sentenced him to 11 years in jail.

Yalchim Imanov, the lawyer of Azerbaijan Islamic Party’s imprisoned leader Movsum Samadov, reported that Samadov was also placed in solitary confinement in Prison #12 where he serves his sentence on the same day, 6 March. . The reason cited for this were that he ‘creates unsanitary conditions and performs prayers in the dormitory of inmates’. The punishment is set for five days. However, Samadov has told his lawyer that he has not violated the internal rules of the prison.

“None of these penalties are legally justified. Movsum Samadov believes that the purpose behind such measures is to disrupt his detention regime and ultimately return him back to Gobustan closed prison,” Imanov said.

Movsum Samadov was sentenced to 12 years in 2011 on charges of illegal possession of weapons and seizure of power. The European Court of Human Rights has started communication on his case.