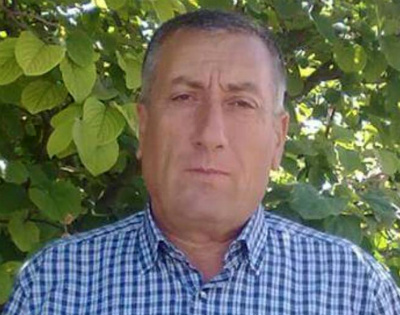 Background: APFP activist Zeynalabdin Bagirzade was convicted under Article 315-2 (use of violence against a civil servant) of the Criminal Code, and was sentenced to 8 years in jail under Babak District Court’s judgment of 2 February 2016. The Supreme Court of Nakhchivan Autonomous Republic (AR) upheld the lower court’s judgment.

Bagirzade was detained on 16 November 2015. After employees of the Social Protection Fund had come to his house and used indecent words against his wife, Bagirzade went to SSPF and expressed his objection to those people because of this, and filed a complaint with the prosecutor’s office. Instead, a criminal case was launched against Bagirzade and he was arrested.

Zeynalabdin Bagirzade had also been arrested before. He was accused of obtaining a fake disability certificate related to Chernobyl accident, i.e. excess of power and document forgery, and handed a 7.5-year suspended sentence under Nakhchivan AR Grave Crimes Court’s judgment of 2 March 2012. The remainder of his suspended sentence has been added to his current sentence, resulting in a cumulative 8-year prison sentence for Bagirzade.