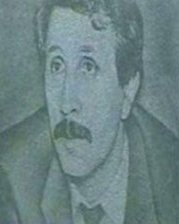 Today, 15 April, is the birthday of the late Ali Mustafayev, a member of Azerbaijan’s Journalist Union, Honored Journalist of Azerbaijan, poet and National Hero of Azerbaijan.
Ali Mustafa oglu Mustafayev was born on 14 April in 1952 in Gazakh Region, Gazakhbeyli village. He graduated from high school in his native village. After returning from army, he worked at Baku Electric machine-building plant from 1971 to 1981. Then at the request of the plant Mustafayev entered Azerbaijan State University’s Journalism Faculty in 1981.
After graduating from the university, he was sent to the Azerbaijan TV and Radio Broadcasting Company. Mustafayev began his literary work while he was still a student.
When Armenia began to attack Azerbaijan, A. Mustafayev covered incidents through programs he prepared from the conflict zone and official government meetings. On 19 November 1991, Mustafayev died in a helicopter crash near the Garakand village of Garabakh.
After his death, Ali Mustafa Oglu Mustafayev was bestowed the title of National Hero of Azerbaijan through a decree signed by Azerbaijan’s president on 6 November 1991.
Previous Post