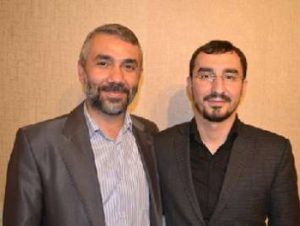 Even the closest relatives of Abulfaz Bunyadov, who has become paralysed after being shot during the Nardaran incident and whose pre-trial detention was replaced after more than one year in custody, are not allowed to enter his house, Bunyadov’s lawyer Yalchin Imanov reported on 28 April.

According to the lawyer, a police outpost has been stationed outside the house of Abulfaz Bunyadov who is under police supervision. His visitors are not allowed into the house. Even Bunyadov’s mother and wife are required to present their identity cards when leaving the house and coming back.

Yalchin Imanov says he was also stopped at the door when visiting Abulfaz Bunyadov. “They stopped me for a while, checked my documents, phoned someone and then let me in,” the lawyer says.

The lawyer also noted that Abulfaz Bunyadov’s lower limbs were numb and he turned from one side to another with the help of several people. “His bandages are changed every day with the help of a nurse. Today, they even stopped the nurse when she came. They woman was so terrified that refused to come for bandage replacement anymore. She said she did not want to create a problem for herself,” the lawyer noted.

“Even Abulfaz Bunyadov’s sister, his 18-year-old son and daughter have not been allowed to enter the house freely,” Imanov said.

According to the lawyer, Abulfaz Bunyadov believes that everything happening is aimed at inciting him to suicide. “An absurd situation has arisen. What does it mean to require a document from a person for entering or leaving his own house? Why do Abulfaz Bunyadov’s family members have to show a document for entering their house? The police officers say they have been instructed by the chief of the 42nd police station of Sabunchu District Police Department to do such a check. But alongside with police officers, there are also military men among the supervisors at the door,” Imanov said.

The lawyer noted that such a treatment was illegal and he was going to appeal to the prosecutor’s office. “Abulfaz Bunyadov’s case is investigated by the Serious Crimes Investigation Department of the Prosecutor General’s Office. Depending on the response of the prosecutor’s office, other legal steps will be taken,” he said.

Background: The Main Organised Crime Department of the Ministry of Internal Affairs carried out the Nardaran operation of 26 November 2015 in Abulfaz Bunyadov’s house. Dozens of residents, including Abulfaz Bunyadov, were shot. Six people, including two police officers and four local residents, died. Abulfaz Bunyadov has become paralysed and bedridden due to the injury he sustained. His criminal case was separated from Taleh Bagirzade and other believers’ case when it was referred to court. After being held in the Treatment Facility of the Penitentiary Service for 13 months, his pre-trial detention measure was replaced with the measure of placement under police supervision.